A "Stroke" of Genius 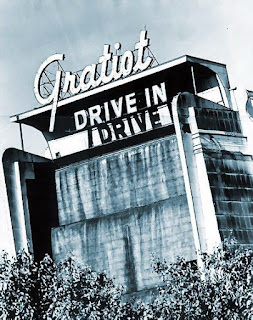 I'd like to say that it all started when i was sitting in  a chair in my living room in Waltham, IL, thinking that I was suffering a stroke (at age 36), or even before, following my first trip to the warm heart of Africa, Malawi and then to Kenya (at age 33). But it didn't. The seeds for my journey in mission were set before the foundations of the world.
I grew up into the "long hot summer of 1967," "the Age of Aquarius," the assassination generation (Kennedys, Martin Luther King Jr), The Vietnam war, etc.  To describe it as the turbulent years would be as accurate a descriptor as it would be of our lost and searching world today (2020).
It was a season of adventure for me.  I lived in a newly established suburb of Detroit.  The new housing market was booming, allowing me to explore these creations, swing in their rafters, pilfer the scrap wood and build forts, and crawl through newly constructed storm sewers. It was a time of seeking out the hidden places of the church, bringing snakes to school in my pocket, taking the bus all by myself to visit my grandparents, and otherwise feeding the adventurous spirit the Lord had graciously given to me.
I would ride my Sears Roebuck 24" bicycle into adventures, burying little trinkets in the wooded areas beyond the newer housing developments and then return home to see if I could draw a map of the hidden treasure.  And after a few days, I would try to retrace my ride to the exact location and recover my precious Army soldier or other specially baptized artifact.  I would climb the maple tree in front of our house to as high a height as the branches would allow, and sometimes beyond, much to the chagrin of my mother. Iwas able to see the local drive in theater - pictured above - from the tree top.) At an even younger age I would escape my bedroom and crawl through the milk chute to get free. Later, I would "run away" with a few choice toys, some crackers, and an extra handkerchief, into the field behind our house only to have an allergic reaction to the weeds and find my eyes swollen shut. But it was adventure and that allergy challenge was to be fought against as fiercely as any other unworthy obstacle. 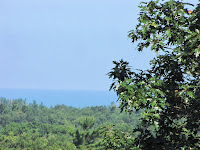 We were a tent camping family so we would often head out for a couple of weeks during the summer to forested areas. A favorite was the the Pinery Provincial Park (before it became as fancifully adorned as it is today).  I could wander the paths and trails, sometimes getting lost and enjoying every minute of adventure.
I recall finding a long steep sandy pathway that my sisters and I soon turned into a spillway that we would run, roll, and otherwise frolic down.  And I remember wandering the over 6,000 acres of  the "Pinery," as we called it, and having no idea where I was, until I heard my dad's whistle.  And through some creative signaling was able to find my way back in a euphoric adrenalin-filled rush, just in time for dinner.
It was the same rush I would feel many, many years later when I was acosted by Ghanian police and forced to drive around to several different ATM's until I had maxed out my daily withdrawl and they were satisfied; the same rush I felt as I raised the panga (machete) and repeatedly struck the back of the  passing matatu which had just sheared off my freshly imported Chinese made side view mirror (much to the surprise of the "tout" asleep in the rear seat); the same adrenalin rush that resulted from being hauled off to a Thai police station for making an "illegal" turn and refusing to pay the bribe, and the same rush I felt as I reported to a superior in the denomination I served, the misappropriation of mission funds by a staff member to advance their own station with the partner, the same person who would stay in $200 a night hotels on mission funds.
These are the things I will share in this blog.  The names and details will be changed to protect the guilty as well as the innocent.. 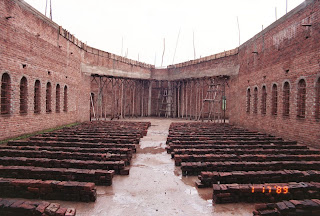 God always worked in AMAZING ways, in providing, in protecting, and in prohibiting my pathway in mission as well as in ministry.  These postings will be sporadic but brutally honest.  Hold on it will be a bumpy ride, but as such are the journeys with Jesus for those who are used to the comfort and convenience, the settled and the successful, and the pillow padded pews of western Christianity. Stay tuned!
at July 03, 2020

ghallead
I am a redeemed child of God who severed as a parish pastor in the Presbyterian Church (USA) for 23 years and as a PC(USA) Missionary for an additional 10 years. That ministry came to end on June 9, 2020 when I surrendered my ordination credentials due to ongoing theological differences, which had resulted in disciplinary action being taken by the Coastal Carolina Presbytery in response to my public stands in favor of sanctity of life and traditional marriage. I serve at the Lord's pleasure now, and love the freedom that brings. My wife (of 35 years) and I have 4 children, two grandchildren and a third on the way. We are currently remodeling our home as we await the next calling on our lives. Soli Deo Gloria!